What is virtual desktop infrastructure (VDI)?

The basics of remote desktops and virtualization

In cloud computing, the process of separating software (such as an operating system or an application) from the hardware that it runs on is called virtualization. This frees the software from needing to be run on a specific device—and allows it to be run on any device. For most people, the most familiar usage of virtualization is when they access a remote version of their work desktop on a personal device, but IT professionals also use it for virtual computers, virtual applications, storage, networks, and servers. Virtualization has been around for years but is enjoying a boom due to the worldwide demand for IT infrastructure with virtualization solutions to enable highly secure remote work from anywhere in the world.

So, virtualization is the process—and the "machines" created using this process are called virtual machines, or just VMs for short. While the hardware that makes up your computer is physical and tangible, VMs are virtual computers that exist as code and whose "hardware" (CPU, hard drive, RAM, etc.) are defined using software. VMs can be used for a myriad of applications—they're especially useful for running the virtual desktop environments that are becoming the norm in our rapidly evolving modern workplace.

To be clear, the hardware behind VMs is very real! It's just that while a traditional computer has its own dedicated hardware, a VM is partitioned portions of a real physical server's resources so that multiple, independent VMs can share the same physical hardware. This process is also known as server virtualization and uses a nifty technology called a hypervisor, which is software that integrates the physical hardware and the VM's virtual "hardware". This allows IT pros to set up and manage VMs and allows VMs running different operating systems (such as Windows or Linux, to name a few) to run on the same hardware.

What is virtual desktop infrastructure?

Virtual desktop infrastructure, often shortened to just VDI, is IT infrastructure that lets you access enterprise computer systems from almost any device (such as your personal computer, smartphone, or tablet), eliminating the need for your company to provide you with—and manage, repair, and replace—a physical machine. Authorized users can access the same company servers, files, apps, and services from any approved device through a secure desktop client or browser.

VDI lets you run traditional desktop workloads on centralized servers and has become the standard in business settings to support remote and branch office workers and provide access to contractors and partners. VDI helps protect sensitive company apps and data (which can themselves be run from highly secure datacenters), allowing users to use their own devices without worrying about mixing personal data with corporate assets.

There are multiple ways to deliver virtual desktops and apps to users—virtual desktop infrastructure to be sure but additionally other flavors of VDI such as desktop as a service (DaaS) and even personalized Cloud PCs. These services have become increasingly popular for a variety of reasons—including improved security, performance, centralization, lower hardware requirements, and cost savings—not to mention enabling employees to do their jobs from anywhere in the world.

How does VDI work?

Because VDI is supported by extensive collections of VMs running on top of hypervisor software, VDI environments can get more complex than remote desktop environments. VDI uses server hardware to run desktop operating systems (OS) like Windows or Linux, or other software programs, on a VM with the desktop OS hosted on a centralized server in a physical datacenter. There are two types of VDI virtual desktops, persistent and nonpersistent:

A persistent virtual desktop enables users to customize their own personal desktop and save their settings and work progress for future use, like a traditional desktop. With the magic of VMs, persistent desktops behave like actual physical computers—just from a remote device. The user connects to the same VM each time they log in, which allows for personalization and can even function as a user’s entire computer experience. This is extremely useful and common for many work and school environments.

A nonpersistent virtual desktop provides a bank of uniform desktops that users can access when needed. These are not customized to specific users and don’t save personal or session information. Once the user logs out, the desktops return to their original state. Nonpersistent VDI is common in computer labs, call centers, retail kiosks, and public libraries—environments where users don’t need personalization and don’t want their personal information stored.

What is VDI used for?

With the global changes in work patterns, more companies are embracing VDI. Here are just some of the use cases:

An increasing number of companies are implementing VDI for remote workers because virtual desktops are easier to deploy and update from a centralized location.

Organizations such as call centers or public computer labs that have a large number of users who need the same software to perform limited tasks find nonpersistent VDI to be particularly well suited to their use case.

Allowing users to bring their own devices (BYOD)

Since processing is done on a centralized server, VDI is an ideal solution for organizations with BYOD policies as it allows the use of a wider range of devices. It also helps with data security because data lives on the server and is kept off the client devices.

What are the benefits of virtualization with VDI?

In the past, many businesses running on legacy IT systems thought the cost and the high-performance requirements of VDI deployment were too challenging to consider for their company. However, thanks to the emergence of converged and hyperconverged infrastructure (HCI) systems for virtual desktop infrastructure, these obstacles have been largely overcome and many more companies are taking advantage of the scalability, reliability, and cost savings that are offered when VDI is hosted by a cloud provider. 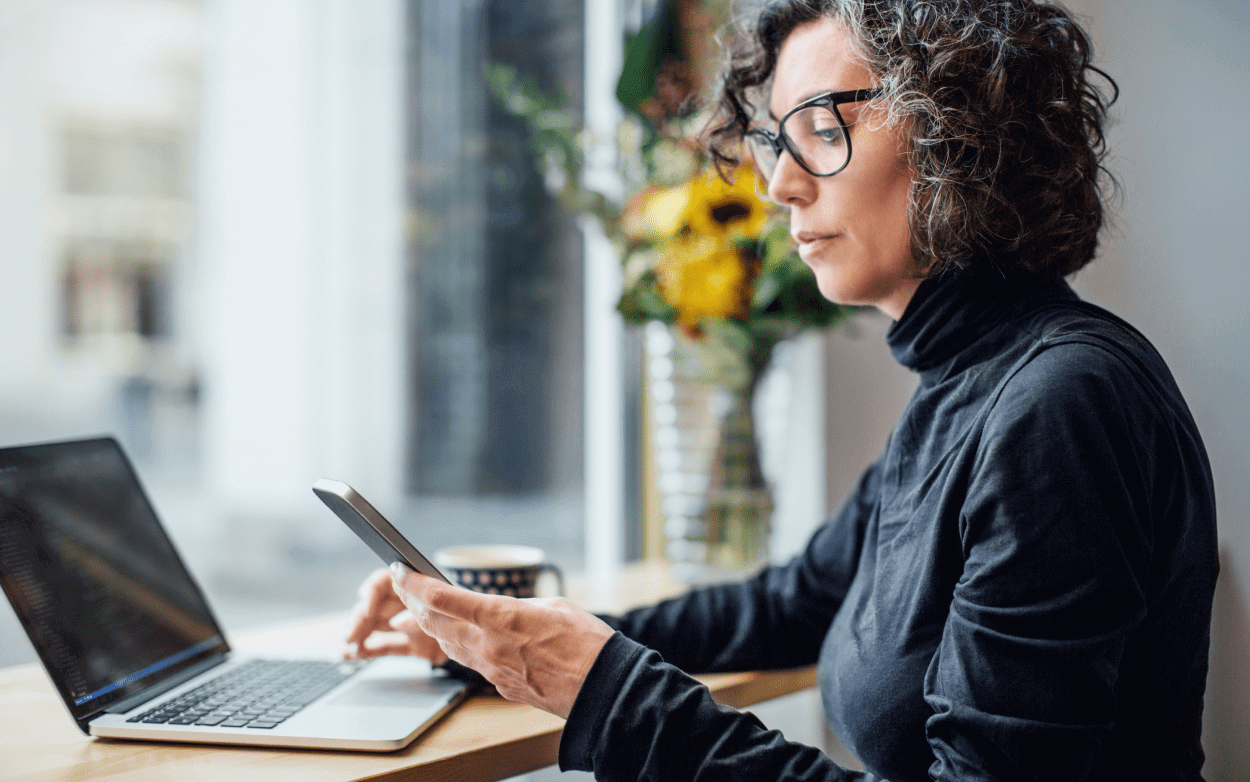 Tangible benefits of VDI include:

Enable a highly secure, remote desktop experience from virtually anywhere on any device

Deploy and scale virtualized desktops and apps on Azure

Get started with 12 months of free services
Can we help you?